The Next Talk of the CUFSAA-NA Distinguished Speaker Series organized in association with the Faculty of Science, University of Colombo will be delivered by Dr. David Hoskin on September 20th 2022, 10:30AM Eastern Time (September 20th 2022, 8:00pm Sri Lankan Time).  The details of the talk and ways to join and listen to the talk are described below. 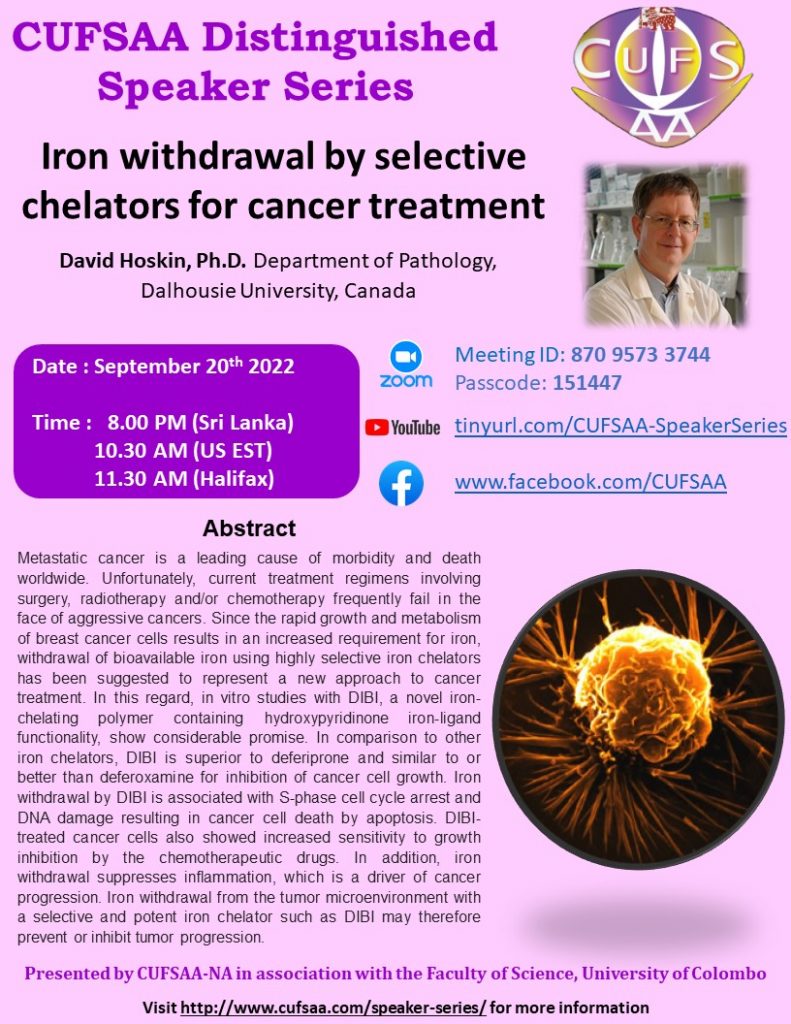 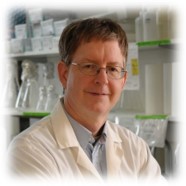 Abstract: Metastatic cancer is a leading cause of morbidity and death worldwide. Unfortunately, current treatment regimens involving surgery, radiotherapy and/or chemotherapy frequently fail in the face of aggressive cancers. Since the rapid growth and metabolism of breast cancer cells results in an increased requirement for iron, withdrawal of bioavailable iron using highly selective iron chelators has been suggested to represent a new approach to cancer treatment. In this regard, in vitro studies with DIBI, a novel iron-chelating polymer containing hydroxypyridinone iron-ligand functionality, show considerable promise. In comparison to other iron chelators, DIBI is superior to deferiprone and similar to or better than deferoxamine for inhibition of cancer cell growth. Iron withdrawal by DIBI is associated with S-phase cell cycle arrest and DNA damage resulting in cancer cell death by apoptosis. DIBI-treated cancer cells also showed increased sensitivity to growth inhibition by the chemotherapeutic drugs. In addition, iron withdrawal suppresses inflammation, which is a driver of cancer progression. Iron withdrawal from the tumor microenvironment with a selective and potent iron chelator such as DIBI may therefore prevent or inhibit tumor progression.

How to Join: Speaker Series talks are delivered via ZOOM.

Upcoming Talks of the Speaker Series 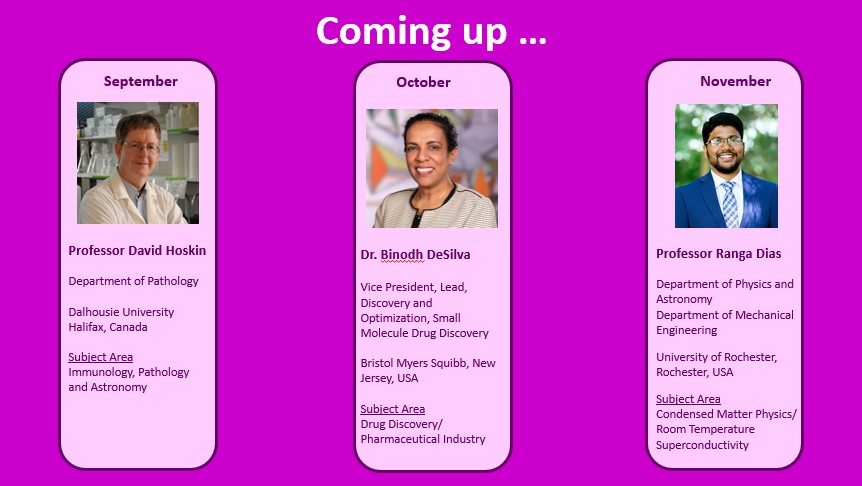 Please visit this webpage often to see updates and to join us at upcoming talks of the series.

Concluded Talks of the Speaker Series

These are the concluded talks of the series available as on demand videos for you to view at your leisure.

CUFSAA Distinguished Speaker Series is organized by the Speaker Series subcommittee of CUFSAA-NA in association with the Faculty of Science, University of Colombo.  If you would like to contact the subcommittee please write to us at speaker-series@cufsaa.org. We are particularly interested in hearing from our members with topic and speaker suggestions. Thank you!