We are glad to inform that CUFSAA Executive Committee officially approved the proposal to establish two Scholarships to be given to Physics Special students each year (a third-year scholarship and the continuation of the third-year scholarship during the fourth year), and a gold medal to be awarded to the outstanding Physics Special Graduate with a First Class Honors at the Convocation. The scholarships and the gold medal will honor Prof. M L T Kannangara, a former head of the department of Physics at the University of Colombo (UoC) who was an excellent instructor and who was also instrumental in establishing the UoC-Uppsala joint research project among various other services to the Physics program at UoC.
Given the situation in Sri Lanka, several of those students are in dire need of financial support. Therefore, we plan to award a scholarship for the year 2022-2023. If you are willing and able to support this project, please send your donation to the CUFSAA treasurer as indicated below.

Ways to contribute to this project

CUFSAA-NA is preparing to award a Gold Medal and scholarship in the Memory of Professor M L T Kannangara.

* If you would like to contribute to this Scholarship, you may do so via the PayPal button from the link below:

Alternatively, you may send us a check made payable to “CUFSAA-NA” and post to the CUFSAA Treasurer at the following address. Please write in the memo line of the check about your donation details and let us know your email address to send Donation Receipt.

Professor M L T Kannangara Gold Medal for the “The Most Outstanding  Physics Student of the Year”:

The Faculty of Science will present this   Gold Medal at the annual Convocation. The recipient must have obtained a first class honors in any of the concentrations of the Physics Special degree program. In addition the recipient must have made a considerable contribution to the University at large, Department of Physics, or the student community.

The award will consist of Scholarship amount awarded to a Physics special (any concentration) student pursuing a four-year Special Degree Program offered by the Department of Physics, UoC. Scholarship  recipient will be selected at the start of the third year and the scholarship will be offered up to two years (i.e., up to 24 months covering the third and fourth years). We will name the scholarship as the “Professor M L T Kannangara  Memorial Scholarship” for students enrolled in the special degree in Physics Program. 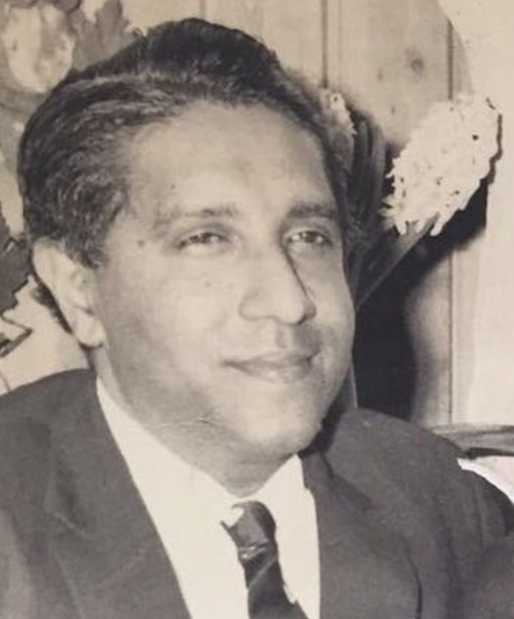 He actively participated in the advancement of science in Sri Lanka and is a Founder Fellow of the National Academy of Sciences of Sri Lanka. In 1994, University of Colombo conferred Professor Kannangara an Honorary DSc.

Although, carrying out high quality scientific research in developing countries like Sri Lanka, especially in fundamental fields like physics, was considered almost impossible, Professor Kannangara led a healthy research program throughout his career. In the 1960’s, together with his colleagues, Professor Kannangara published a series of papers in the Journal of Geophysical Research, (a leading journal of Geophysical research) on geomagnetic micro-pulsations based on observations taken close to the geomagnetic equator, which runs through Sri Lanka. Professor Kannangara amply demonstrated that quality research carried out from Sri Lanka could be published in highly recognized international journals. Later, as Head of the Department of Physics, he was instrumental in initiating an extremely successful international research collaboration with Sweden. Many current and previous members of the Department of Physics have benefited from that collaboration. in addition many students benefited from the state of the art equipment received by department of Physics from Sweden.

Professor Kannangara was also one of the finest teachers of the Department of Physics. He took great care to prepare his own lecture notes from multiple sources and updated them as necessary when new scientific advances became available. Most importantly, he was eager to point out the underlying physics behind what he was teaching. He emphasized the importance of assessing the relative contributions from different physical parameters to a particular phenomenon and to evaluate what is relevant and what is not. He paid great attention to errors and error propagation, a critical aspect of experimental physics. Overall, he imparted both the methodology behind physics and the joy of doing physics to his students. Professor Kannangara always had the interests of his students in mind.